– Rory McIlroy is halfway toward solving the TPC Sawgrass riddle…

The back nine of the Stadium Course, complete with its challenging finishing stretch framed around the infamous 17th hole? That’s been no issue for the Ulsterman, who has played the inward half in 36 under since 2013.

It’s been the front nine that has proved troublesome for McIlroy, who is 12 over on that side across the last three years. The splits were never more evident than the third round in 2015, when he went out in 42 and back in 32.

McIlroy attempted to buck that trend last year by playing only the front nine during his Wednesday practice round, but the results didn’t turn around; he failed to break par on the front in any of his four rounds.

This time, McIlroy won’t see the front until his first competitive round, but he has consulted with caddie J.P. Fitzgerald in the hopes of devising a new game plan to crack the front-nine code.

“I’ve played well on the back nine, and the front nine hasn’t been too good,” McIlroy said Wednesday. “I was speaking with J.P. about it last night, maybe taking a few different clubs off tees on the front nine and trying to play it a little bit more conservatively. If that means I leave myself a couple of clubs more into some of these greens, that’s not necessarily a bad thing.”

McIlroy’s recent trend at The Players Championship mirrors his start to the 2016 season: a couple of costly errors, but far from a total loss. He has finished T-8 or better each of the last three years here despite his front-nine struggles, and McIlroy has racked up four top-10 finishes in his last five starts overall.

That includes a T-4 finish last week at the Wells Fargo Championship, but one year removed from his most recent PGA Tour title, McIlroy still feels his results are somewhat lacking without a trophy.

“It’s been frustrating, especially since I feel like I’ve played some really good golf in this stretch, but at the same time, there’s just been too many mistakes,” he said. “I know I’m playing good enough to make the birdies and to post a lot of red numbers, but I just need to tidy up everything else.”

That process will begin Thursday afternoon off No. 1 tee, where McIlroy will have another chance to change his luck on Sawgrass’ outward half.

Share on FacebookShare on TwitterShare on LinkedinShare on PinterestShare on Xing 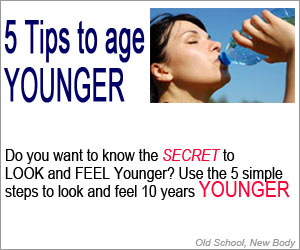 Make It a Great Day!